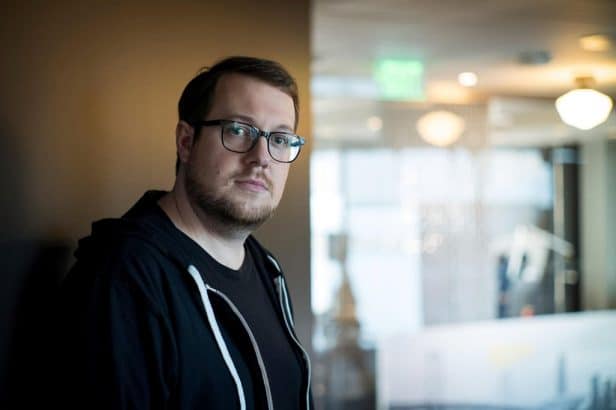 Billy Markus is an American software engineer, who co-founded the cryptocurrency exchange platform, Dogecoin. He invented the software, along with Jackson Palmer in 2013 with a motive to create a quick payment system, which would be free of cost without any traditional banking fees. Billy Markus net worth is still under review at the moment.

Billy Markus was born in Portland, Oregon, United States. His real age and date of birth are still missing. Likewise, information regarding his past life, parents, and academic detail is yet to get uncovered.

Billy has worked as a software engineer at a multinational technology company, IBM. However, he was more interested in learning about cryptocurrencies. That led him to search for an alternative to Bitcoin. He initially started working on the process of mining Bitcoin through his gaming computer.

He also read the online guide, through which, he got the knowledge on creating his own altcoin. Billy first created the currency named Bells, which was invented based on the currency in the Nintendo life simulator, Animal Crossing. Though, it didn’t get him as expected result.

You May Also Like:   Wade Rosen Net Worth: How Rich is the Entrepreneur Actually?

Billy started searching for alternative ideas, which eventually got into an internet chat room. There, he met an Adobe developer, Jackson Palmer, who has a domain name registered to his name, Dogecoin.com. Both bond well to work on the mutual ground, an alternative cryptocurrency to Bitcoin. They adopted the name Doge since it was going viral all over the internet in 2010, which had the face of a yellow Shiba Inu dog.

Earlier, the pair thought people wouldn’t take them seriously, as they have a website with a meme Doge. Billy even mentioned that the original intent of creating a Dogecoin was to create a difference between it with other clone coins. Surprisingly, the idea worked for both of them, as the value of Dogecoin jumped over 300%, in just two weeks of its launch.

Dogecoin was getting popular among the people, and users were growing in massive numbers. In 2014, the users raised $30 thousand to send the Jamaican bobsled teams to Winter Olympics. Likewise, they raised $50 thousand to charity: water.

Billy’s business partner, Palmer announced that he would be taking an extended leave of absence from the crypto community in 2015. Since people were more interested in earning a buck, rather than contributing to the growth of Dogecoin.

Lately, the price of Dogecoin is picking up the increasing graph. The trend started moving upward after the TikTok trend was followed to take the coin’s price to the $1 mark. By February 2021, the price of the coin, reached the all-time highest price of $0.08.

As of this writing, Dogecoin has become the 4th largest Cryptocurrency, after surpassing Dogeday. The company created an all-time high record of $0.45 share value on April 16, 2021.

Billy Markus has not shared any information regarding his personal life. His present relationship status is still unknown. He seems to be focusing more on his work at the present time.

Billy Markus might have generated a huge fortune through his foundation cryptocurrency exchange platform, Dogecoin. His 2022 net worth figure is around $3 million. Though, his invention, Dogecoin is estimated to be worth around $17 billion, as of April 2021.