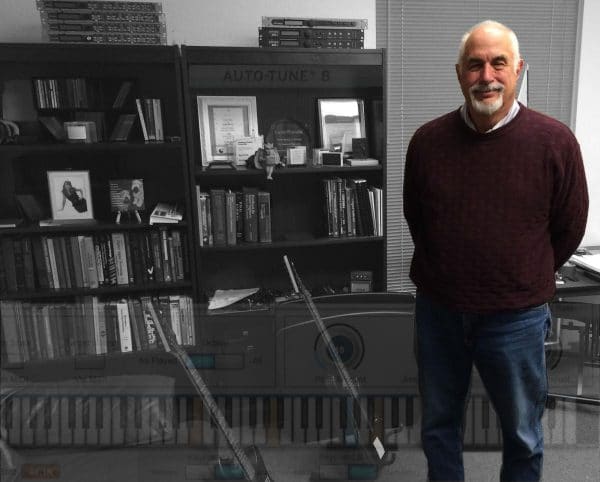 Andy Hildebrand is the inventor of Auto-Tune which is the revolutionary pitch-correcting software that has changed the way that music is made since its release in 1997. As of 2022, Andy Hildebrand net worth is estimated to be around $20 million.

Andy Hildebrand was born in California, United States, and went to the Shepherd School of Music. After completing his graduate degree, Hildebrand got his Ph.D. in the field of electrical engineering with a focus on signal processing. He is also an alumnus of Shepard School of Music at Rice University.

Andy Hildebrand Net Worth and Career

Andy started to work for Exxon in 1976 in the department of Production Research where he was doing seismic data processing research. 4 years later, he decided to start his own company called Landmark Graphics which was the world’s first stand-alone seismic data interpretation workstation.

Till 1989, he was involved in the geophysical industry where he focused on signal processing that could use audio to map below the earth’s surface. This had vast potential as sound waves could be used to find oil below the surface of the earth.

Yet after 1989, Andy decided to study music composition. The very next year, he started Jupiter Systems which was a software product that was built for music. The company would later be renamed Antares Audio Technologies. As he progressed his work, Andy started to use digital signal processing technology to create looping techniques for the digital sampling of music.

You May Also Like:   Lisa Frank Net Worth: How Rich is the Businesswoman Actually?

As his experiments continued, Andy was successful in creating Multiband Dynamics Tool(MDT) which was followed by two other Pro Tools plug-ins such as JVP and SST. Yet, his invention in 1997 of the Auto-Tune would be a revolutionary moment for music. The first-ever song to be published by using Autotune was in the song called Believe in 1998 by Cher. Since then, countless artists have relied on the software while creating their songs.

However, there have also been those in the music industry who believe that Auto-tune has degraded the quality of music. But, Andy refutes such perspective by mentioning how the tool is meant to help users to use it discreetly and in a way where it doesn’t even feel like any correction has been made.

Andy is married to Georganna Hildebrand. Andy has been actively helping the community nowadays with him and his wife recently donating equipment worth $80,000 to the Santa Cruz County Career Technical Education Partnership (CTEP) programs.

Furthermore, Andy is also a performing musician himself who plays the flute and is also a composer. He loves to experiment and create new things having been inspired by his daughter to develop tools for pacemakers.

As of 2022, Andy Hildebrand’s personal wealth is estimated to be around $20 million. Having been the inventor of the software that is used by musicians all around the world, Hildebrand has been able to make a great living from his invention. Though it is not disclosed, Hildebrand could potentially have loyalties paid to him for use of his intellectual property-protected software.

Coffee Meets Bagel Net Worth: How Much is the Dating Site Worth?